Garden Spiders - Can They Kill You? 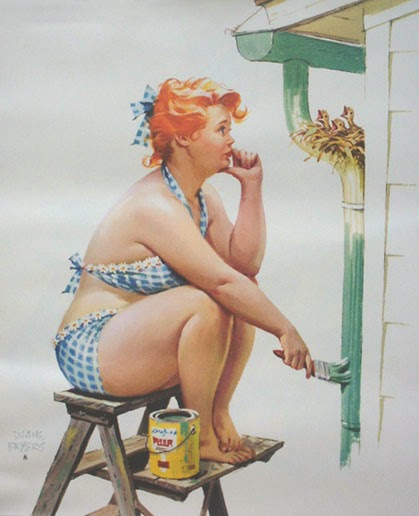 Did you know that there are over 3000 species of spiders in North America alone? Scientist predict that there is usually a spider somewhere within 3 ft of us at all times. Yikes!

Most backyard gardeners are fearless but, we all have one thing in common. We don't like venomous bugs particularly spiders. If you've ever been stung by a bee or bit by a spider.. . you never forget it and you always have a bit of fear in the back of your mind. That's a good thing.

Fear means that you practice caution before you stick your hand in the dark spot under a board or before you decide to stick your head where it doesn't belong. Spiders live everywhere. Some like dark places, some spiders like wet cool places, some live out in the open and some live up above and like to pounce.

If you've ever seen the movie Arachnophobia, you'll understand the fear of spiders (arachnophobia). We all don't have John Goodman around to debug our gardens and so, you must educate yourself on what spiders can really hurt you or what spiders are just as much afraid of you as you are of them.

We all know of the Black Widow spider but, did you know of a spider that's called Brown Recluse? They're considered hunters. They go out looking for their pray instead of waiting for their victim to land in a spiderweb. Their bite can range from being irritating as like a mosquito bit to damaging skin tissue as to where the skin is actually rotting away. 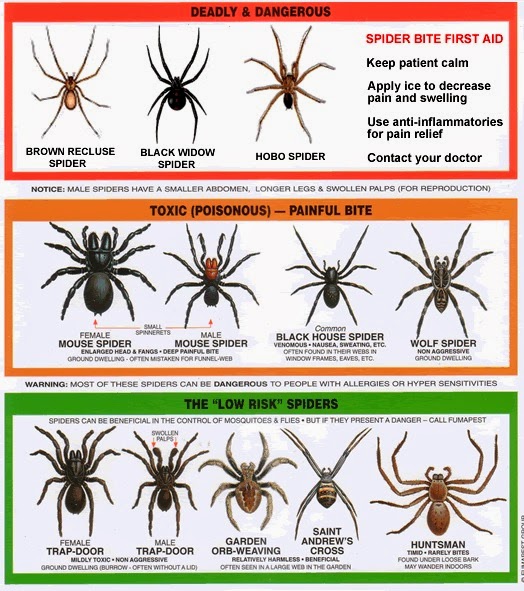 Get to know your local spiders. If you know what you're dealing with, your less apt to get bit and you'll know how to deal with the bite if you do get bit.

While surfing the web in search of bad spiders vs good spiders, I came across a lot of good information. I didn't know that Orkin the pest control exterminator has a great dictionary on their website of common pests particularly spiders.

Orkin even writes about a spider's diet, habbits and behavior. http://www.orkin.com/other/spiders/

Be proactive in knowing what spiders are dangerous. We've all had a spider or two cross our paths and we just didn't know what to think of it. I'll admit to squashing a few scaring looking spiders only to find out that they were beneficial in the garden.

Most spiders eat insects that are troublesome to humans and don't intend to go out of their way to hurt us. Most spiders are creepy because they like to live in dark places or hide underneath things. They move quicker than you think they would which tends to scare the shit out of us. The worst about spiders is that you never know where they'll be or when they'll appear.

Most spiders don't have mouth parts that are capable of breaking a human's skin but, it's always a good idea to leave a spider alone.. . even if it is deemed harmless.

Besides the really bad spiders that can cause skin damage or harmful effects like any dangerous allergy (Black Widow, Brown Recluse, Brown Widow), staph infections or permanent damage, there are a lot of good spiders out there that eat those bad bugs which damage your plants. The good in spiders out weighs the bad in spiders.

Even so, know how to identify spiders, treat spider bites and dangerous symptoms to look out for. In most cases that need serious attention, a physician will more than likely properly clean the wound and administer a cortisone shot. 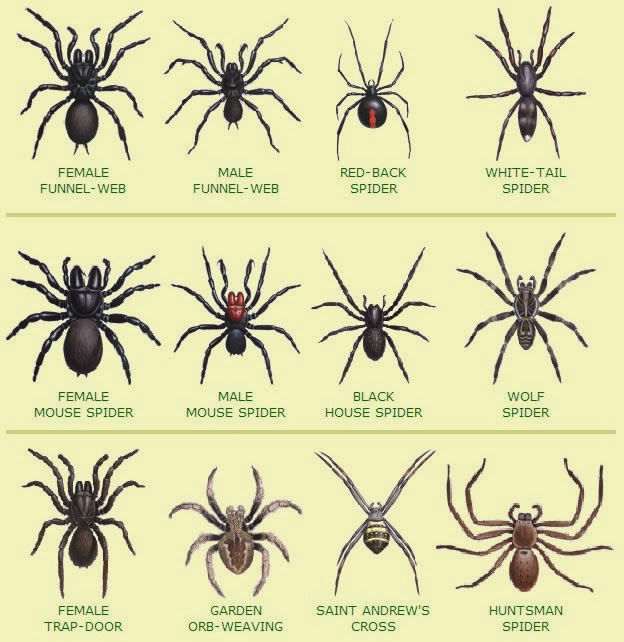 There are spider kits to keep on hand. I have a similar kit for mosquito bites. I don't have very many mosquito in my area and so, I'm not used to mosquito bites. When I do get bit, boy does my skin swell up. I have a bug kit that helps extract the poison/venom. I purchase Sawyer "The Extactor" and use Benadryl for the itch from Walmart. Besides Sawyer making a snake bite kit and mosquito bite and sting extractor, there's a similar kit marketed for spider bites. It's always sold out. So that must say something about supply and demand. 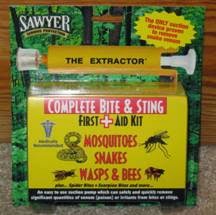 Kit is good to immediately remove the venom or agent that causes major skin irritation and pain.

Most people people don't like spiders and unfortunately we need them. Spiders are just as important to any ecosystem as frogs or turtles are. Spiders will kill those bad bugs like aphids, wasps and mosquito that will either lay eggs on your plants, completely eat the leaves of your precious flower and ornamental plants or sting you. Killing spiders will actually reduce your vegetable yield and throw off the ecosystem balance.

Remember that song, "I Know an old lady who swallowed a fly...?" Well, birds also depend on spiders and we depend upon birds.

Spiders are predators and are out to find other bugs for dinner. Most spiders stand clear of humans. It's hard to understand that we actually need spiders in our flower and vegetable gardens to keep the damaging bugs away. Some good spiders to keep in mind which are just as ugly as a black widow are crab spiders, jumping spiders and wolf spiders. 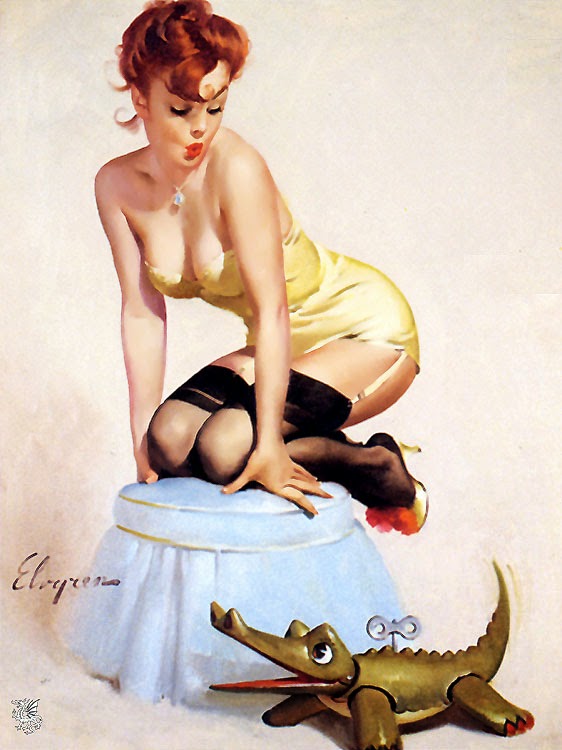 Scientists say that backyard gardeners should welcome spiders to benefit their vegetable and flower gardens productivity. By laying mulch like grass clippings and giving a spider a few minutes to scamper away will be most beneficial to the ecosystem.

Other bugs to protect: lady bugs, bees and praying mantis. Spider species differ around North America. There are scary as shit looking spiders that are harmless in Mexico and cute as a button looking spiders in Vermont that are venomous.